How Much is Too Much?

I'm having some weird dreams. I don't know why, but lately I've been having very long, very detailed dreams. I've always dreamed, but they seem to be so vivid and involved lately. Not sure why. Last night I dreamed th 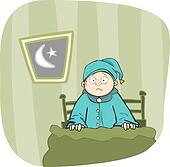 at I was helping to make a commercial or advertisement of some sort. I was the camera man and my friends and all were participating in some type of contest. Our video was really good, but way too long and involved (just like the dream). I also dreamed that I broke the law with some friends. I can't remember now what we did but we were running from the police. We got caught and one at a time got arrested. I remember feeling so disappointed in myself but also relieved to have been caught and free of the guilt. Now, let me assure you that I have NOT broken the law and have no plans too. And I don't feel guilty about anything at the moment. So what does it mean? Why are my dreams so vivid lately? Just curious. Anybody else have weird dreams?

My boys are changing. They are growing up quick. They are now 9 and 7. My oldest, Carter is growing taller as we speak. I could tell he was getting taller and several have commented the same. Apparently he's going through a growth spurt. He's very excited about it. I have mixed emotions. If he gets taller than me, I may have an issue. My youngest, Max is not growing taller but he's just growing more rebellious. He doesn't want to cut his hair. He's Samson apparently. We told him that we're going to the beach soon and it's going to be hot, but he still doesn't want it cut. We've agreed he can keep it long through the summer, but he's beginni

ng to look a little Fabioish. He also has 4 tatoos. They are stick-on or wet-on or whatever, but he wanted to be like the big boys on the mission trip last week and put on tatoos (thanks big boys!). Actually, he's always liked those things. Last night, he had a basetball game and so he had on his tank-top style jersey. When I asked him if he wanted to wear a shirt under it so nobody would see his tatoos, he said, "No, I want them to be seen so I can look like real basketball players." Great! My little Rapunzel also wants to express his body-art. When did I lose him?

I want to go to Heaven. Have I mentioned that on here? Maybe once or twice. After all, it's the theme of this whole blog. But I really want to go. Like, I can't wait. My wife posted on her FB page a note last week. I read it while I was on my mission trip. It was beautiful, heartfelt and I loved it. I told her how much I enjoyed it. But I did slightly disagree with a point she made and we had a good discussion about it. We are waiting on the grave marker for Griffin to be made. It will be a triple marker with all 3 of our names on it. Susan mentioned that she doesn't want to see her name. She doesn't want to be reminded of her own death. She wants to live a long life watching her boys grow up. I understand. There is a part of me that feels the same. It can be very gloomy and depressing to think of your own death. And I also want to see my boys grow up. I want to hold my grandchildren one day. I want to continue to experience life with Susan and grow old with her. But....and let me just stop here and say that what I'm about to say may sound really weird and abnormal. Maybe it is. Maybe I'm crazy or irrational. But this is how I'm feeling. The thing is.....there is another part of me that doesn't want that stuff at all. There is a part of me that is ready to die. 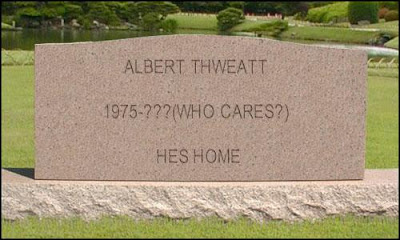 I won't mind seeing my name on that grave marker. For me, it will just remind me that this life is only temporary. This world with it's fears, worries, troubles, tragedies, and death will be over soon and forever will begin. Maybe part of it is because we lost Griffin, but I'm ready for that forever. I know I'm going so I want it to start. I honestly wouldn't mind if my life ended tomorrow. I can't wait for Heaven. Now, is that too much? How much is too much? I don't want to be selfish. I don't want my family to grieve. I know my boys need their dad and trust me, I'm not suicidal or anything like that. I don't want to leave my boys or my wife, but if that's God's plan for me...to leave tomorrow....I'm ready for it. I'll trust Him that when it's time...it's time. And I honestly don't care when that is. So I've recently been asking God and myself...is there such a thing as wanting Heaven too much? Should I be having these thoughts and feeling this way? Should I ask God to come soon or even to take me soon as I've prayed a few times. Maybe I'm wrong, but again, it's how I feel.

I don't know what my life holds. I don't know how long I'll live. If I had to guess, I'd say that I'll live for a long time....80 or 90 years. I'll watch my sons get older. I'll watch their children and maybe their children. And that's fine with me. That would be a wonderful blessing from God. But I'm also fine if it all ends tomorrow. I'm so excited and ready for Heaven to begin anytime. I want to see my Griffin again. I want to hold him. But most of all, I want to see my Father, my God, my Lord, my Savior, my Jesus. I want to talk to Jesus and touch his nail-scarred hands. I want to sing praises to God while I look upon His face. I want to hold Griffin in my lap while I do so. I want that so badly. Is that too much? I hope not.

I love Griffin and I love God.