29 miles last week. It's been a while since I hit that. Now granted, before my slump, I was doing over 30 every week, but I'm gradually getting back there. This week should be just as good since I have NO SCHOOL (mini-celebration dance) to worry about and I should have a little more free time. I already ran 10 yesterday before church, so we'll see if I can hit that magic 30 mark. I dreamed last night that I was running a half-marathon and was in the lead. Then I got confused and took a wrong turn and had to quickly turn around and catch up. Not sure what that means, but I could make a spiritual lesson out of it. But I won't. I've got another below.

Sooooo close. Baseball season is done. It was a GREAT season and experience. At our party Friday night, I told them team that coaching this season was a definite therapy for me and I know that God gave me this to help me get through the loss of our son. It kept me busy, focused, and happy, and I needed that. They played hard and fought like champions but we came up a little short. Saturday, we played the Rangers to get to the championship game. We made some mistakes. The other team didn't. We still only lost 10-9. Sooo close. So then we had to play the Braves to get back to the championship game. We made less mistakes and almost rallied, but they played strong and beat us 12-7. So we got third place in our division. Not bad at all. For a first time together team, I'll take it. I'm so proud of these boys and I hope I get to see them next year. I loved coaching and I plan to do it again.

So today is Memorial Day. Happy Memorial Day to you all! I've always loved this holiday....for the wrong reasons of course. I've loved it because it meant school was over and summer was beginning. I've loved it because it usually means a party or a get-together with friends. And I think those are fine, but I most importantly need to love it and respect it for what it is. It should be a time to remember, honor, and thank those who served for us. So many soldiers have died for our country and I know that I (and probably many others) so often take it for granted. I have an uncle tha 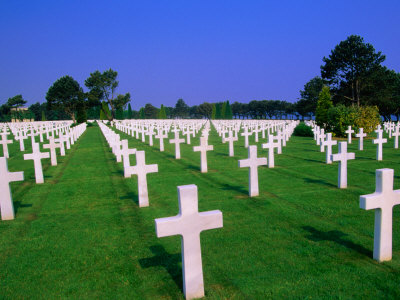 t insists every time we pray to pray for our military, and we should so that we don't forget.

They are fighting right now. Stop and remember them today. And every day.

Thinking of them and thinking of today makes me think of war. War is....scary, bad, evil....well let's just face it....it's probably the closest thing to Hell we will ever face and so that famous quote is pretty dead on. I believe that war is sometimes necessary, but that doesn't make it less scary. I remember being scared of war as a young boy....(dream sequence music back to childhood)

I teach about Russia each year and I tell my students each year how I remember when I was in 6th grade being scared of that country. Of course it was the Soviet Union then and for some reason I was scared of them. I remember that they were communist (didn't know what that meant but apparently it was bad). I remember that they were big and we didn't get along well with them. Anyone else remember being scared of them or was it just me? I remember when we fought in our first war of my lifetime....the Gulf War. I remember the big word "WAR" across the newspaper (that I still have by the way). That scared me. I was 15. I got really worried about being drafted if the war went on for while. Today I would gladly fight for my country if asked. I'd be scared but I'd do it. Back then, I honestly didn't want to. I love my country, but I was scared of war. I was scared of dying. Not anymore.

My grandfather fought in World War II. I attended his military funeral a couple of years ago and it was very special. I was more proud of him than I ever had been. Instead of going to Griffin's grave yesterday on my morning run, I tried to find his grave instead. But I couldn't. It's at the same location but across the street and it's just such a big graveyard. I'll have to try again soon. My dad fought in Vietnam. Boy have I heard the stories and seen the slides. We have all seen the slides. Many times. That's a big family joke. Any time we are together as a family and start thinking about old times, dad always seems to say "Why don't we look at the Vietnam slides?". We all groan. It's an inside family thing but the truth is, now I would kindof enjoy them. I know dad enjoys telling his stories and they interest me being a history teacher. I had to interview my dad when I was in 11th grade as a school project and it was pretty interesting. The point is, there are 2 right there that put their lives on the line for our country. There are so many others that risk and even lose their lives. That's scary. The "not knowing" if they're going to make it is difficult.

Again, like so many other things, it makes me long for Heaven where there will be no wars. The war against Satan has already been fought. It makes me long for the place where we won't have to worry about having to fight. Satan has been beaten so there will be no enemies, no threats, no drafts, no death. Hell will be a different story. Constant sadness and pain, just like a war. Why would anyone risk going there? Why would anyone continue in sin knowing that it could mean constant war? I had a long, tough week last week and I messed up. I'm not perfect and I confess sin in this post today. That's scary to me because I don't want to disappoint my God and jeopardize our relationship. But thank God for grace and forgiveness. I can get right back on the path to Heaven. And that's what I'm doing. That's what I'm committing to God today. I don't want to go where there is constant war. I'm going to Heaven so I can experience peace, no fears, no death, and a reunion with my precious son. What about you?

I love Griffin and I love God.