Yesterday was my birthday. Not my actual birthday, my spiritual birthday. 24 years ago yesterday I was baptized into Christ. It's funny, it means so much more to me as I grow up then it did at the time. Don't get me wrong, I knew what I was doing and I feel good about when and how I did it, but it just means a lot more to me now. Anyways, I received a day-late birthday gift from God this morning. I wasn't expecting it but He gave me quite a show and I just had to write about it. Here's what happened....

I was driving to Woodlawn cemetery this morning. This makes 8 school mornings in a row that I've gone to Griffin's grave to talk and listen to God. I've seen some beautiful skies and sunrises the last 7 mornings but this morning took the cake. Actually, it totally demolished the cake. This morning without a doubt was the most beautiful sunrise and sky I've ever seen. As I was driving, I went around a curve about a mile away from the cemetery and literally gasped. The sky was full of bright, pink clouds. It was amazing. I also literally almost swerved because it took me by such surprise. I pulled over. I wanted to just look at it so badly. I wanted to capture it. I wanted to share it. I wished I had my camera. Then I remembered my Ipad. It takes pictures, right? Does it ever. So I took several. Dozen. Granted, the pictures don't do it justice, but I took one on the road there and then drove on to the cemetery. When I got there, instead of reading and praying like I usually do, I just stared and took pictures. Then, when I thought it couldn't get any more beautiful, the sun slowly started to come up. I had to take a whole new batch of pictures for that. It was just amazing. I wish you could've been there with me. God was all over that sky and he talked to me so loud and clear through it. I've put several in a post below this one, but again, they don't do it justice.

One more thing....since I was a kid, I've always loved 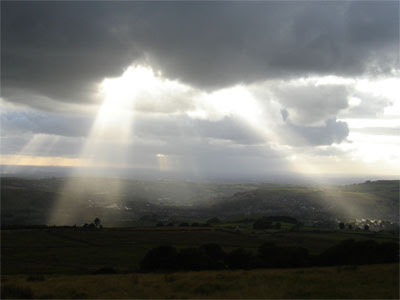 when the sun rays come through the clouds like the picture to the right. I've always, for as long as I ca 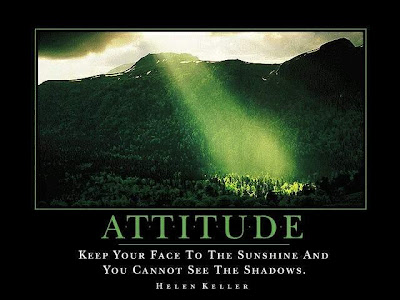 n remember, thought of God when I see that. I don't know why. It just seems like God shining down from above. I bought this framed saying (below) a long time ago just for the picture. I keep it in my office. I mean, I like the saying, but I really just like the picture because it's God for me. I saw that again this morning. Check out this picture of a stray ray making it's way to Griffin's grave marker. 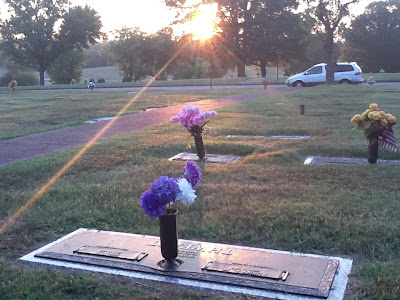 Again, tell me God isn't talking through this. It's so obvious. He's there. He cares. He's comforting. He's healing. He's present. I actually said to God this morning, "How come I've never seen You so clear as I do now?" I love that He's making His presence so obvious to me. He keeps giving me gifts even though I don't deserve them.

This morning God gave me a very unexpected, but wonderful gift.


Yes, He gave me an amazing sky and sunrise.

But most importantly, He gave me His presence.

And it was a gift I'll never forget.