Old Me vs New Me. Yikes!

My 2nd marathon is in 5 days. 5 days. 5 stinkin' days. I should be freaking out. Maybe I am inside but I'll keep it hidden so as not to scare anyone. Actually, I'm not freaking out. I'm not even nervous or anxious at this point. Oh, I will be. When I wake up Saturday morning. When I put on my running clothes and bib number. When I get into my starting corral. When the gun goes off. But then it will be over. The nervousness will be gone when I actually start running. And then God only knows what will happen for the next four hours (hopefully less than 4 hours). I'll give it all to Him at that point and just trust in my training, my supportive family, but mostly in Him. I can't believe it's in 5 days. It hasn't really sunk in I guess.

Nate and Andrea from church will be there running the 5K. They are both awesome and amazing runners. They also offered to order tickets to a pasta dinner and Grizzlies game. $25 for all you can eat pasta, bread, and drinks as well as the game ticket. Not a bad deal. So Mark and I decided to do that too. That'll be fun. I've never been to a Grizzlies game. In fact, it's been probably 20 years since I went to an NBA game. It's going to be a fun weekend. I can't wait.

Oh, by the way, the title of this post is attributed to the fact that we found a picture recently. We were searching for old pictures of the boys and Santa and found the picture below hidden in one of the frames. It was shocking! Susan was shocked. I was shocked. Not to offend anyone here, but I look like I ate a cow. A whole cow. Bones and all. I'm huge. Shout out to Courtney who also has a similar picture of the past me. But here's the picture. 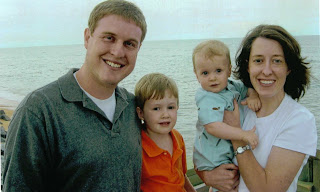 I would say I'm close to 200 pounds in that picture. Now, here's a picture of me recently at Disney World. 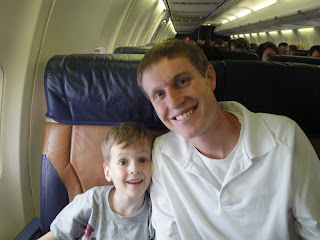 Looks different, huh? I weighed myself yesterday after my 10 mile run and I now weigh 149. That's my lowest weight ever - well at least since I weighed that back in high school on the way up. So I've probably lost about 50 pounds since I started running about 3 years ago. I guess it's like one of those magazine adds for diet pills. The before and after me. " Look what these diet pills can do for you." Except I don't take diet pills. I just did it by running. I still don't eat great. Susan will tell you. That's my hardest thing. But I try. Sometimes.

(A kid brought me a chocolate doughnut as I am writing this. Not kidding. I have to eat it or the kid will feel bad, right? Chocolate doughnuts are my weakness. Mean kid...who is now my favorite student. Ok, this doughnut is so good. Sorry, back to the post...)

Oh well, I told Courtney and I'll tell the world now. If you ever see me starting to balloon back up, show me this picture and just shake your head in a negative way. I'll get the message.

I'll try to write from Memphis on Friday and let you know how things are going. Not sure if the old Super 8 will have wireless. If they ever did, someone probably stole it. We'll see. Until then...