This is post # 101 and my final one for 2010. I thought I’d close out the year looking ahead at the year 2011. I’m excited to start a new year and know it will bring some great things. As I did last year, I’ve thought about some goals and accomplishments I’d like to make in my running career this next year. I ended up accomplishing 10 of my 12 goals this year. Not too shabby. I would’ve liked to accomplish them all but that’s not always possible. Needless to say, the two I didn’t accomplish will not be on the list this year. The first was “stay injury free”. I would love for that to happen but I had too many injuries this year for that to be a credible goal. I’ll try my best. The 2nd, “convince my wife to run a half marathon”….umm, she’s 6 months pregnant. I’ll learn to fly before that happens. She’s doing great with her walking but running just isn’t her favorite thing. She did do a 5K this year, did a great job, and I was very proud of her.

But that was probably the beginning and end of her running career. So those two don’t make the list. But I have 11 other goals for this new year. I’ll put them to the side again and keep up with when and if they get accomplished. Here they are in no particular order:

1. Finish both Disney races – As you know if you’ve kept up with this blog at all, I’ve been hurting. I’ve been sick and/or injured during the last month or two and haven’t been running my normal amount. I am not in my normal shape either. There is some definite worry about these two races coming up in about a week. I just want to finish them. I have very little doubt that I’ll be ok with the half. It’s the full I’m more worried about. I feel pretty confident I can finish them. But it’s a definite goal.

2. Set a PR – I don’t care if it’s a 5K, 10K, half or full marathon, but I’d like to set a PR this year. I think it’s always good to push yourself and I don’t feel like I’ve done that in a while. Like I said above, I’ve been sick or injured for the last month and want to get back into pushing myself. I think it will do me good to go for a new PR this year. I don’t think it will be at Disney, in fact I’m pretty sure of it. But some time in 2011, hopefully.

3. Run a half marathon (besides Disney) – I really enjoy the half marathon distance and so I’d like to do another one this year besides Disney. And I’d prefer it to be one I’ve never done before. I have no idea when or where. Maybe Spring or early Fall.

4. Run a marathon I haven’t done before – Obviously I’m doing the Disney marathon in 2011, but I’d like to do one more. Most likely in the Fall and I’d like it to be something I haven’t done. So Chicago and Memphis are out. Maybe Huntsville or Chickamauga Battlefield. Something close. I can’t spend a lot on travel. We’ll see. I like to push towards a marathon.

5. Volunteer at the Nashville Marathon – For the first time in 4 years, I won’t be running Nashville and I’m kindof glad. I have loved the Nashville races. It will always be my first half and full marathon and I’m glad it’s that way. It’s my hometown. It should be my first races. But I’m ready to take a break. I think it would be great this year to volunteer instead. The volunteers have helped so much each year and I’d like to be a part of that. I’m not sure if

this one will work with timing of our new baby. He’s due just a few weeks before this race, but if possible, I’ll try to help out this year. Maybe even get my older sons to help out too.

7. Run another 10K – I really had a good time at my first ever 10K this year. And I ended up doing about as well as I could’ve hoped. I’m not sure if I’ll do the same one again, but I’d like to either do that one or another one.

8. Run 1300 miles – This was my goal this year. I thought about raising it, but with only doing one marathon (after Disney), I may not have as many high weeks this year. I barely made 1300 miles this year because of injury. I’m going to end up around 1360 or so. I think it will be good to keep this amount the same for 2011.

9. Keep my weight in the 150’s – I have no idea what I weight right now. Our house in in shambles (remodeling) and our scale is put away. I got sick about 2 weeks ago and lost 10 pounds. I was in the 140’s after that. But then with the holidays, I’ve eaten a little more than normal and have gained some. I think I’m still in the 150’s but it’s probably the high end. I like to say there and with my running, I usually can fairly easy. I’d like to keep this goal again for the new year.

10. Run a race or two with Carter – I enjoyed so much running the two 5K’s with Carter in 2010. We’d like to do it again this year. Maybe pick up a new race or two or do the same. Whatever. He’s interested in picking it back up again so I’m game. It’s a great thing to run with my son.

11. Have another successful season of coaching high school Cross Country – I know that’s kindof a general goal and hard to measure. I thought about setting it more specific (recruit more, place ?? in state, etc.) but I don’t want to set my sights too high during only my 2nd y 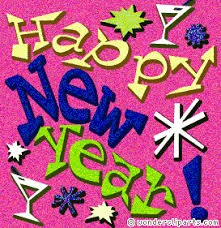 ear. That’s not to say that I won’t have secret expectation that I’ll want to meet, especially once I see the talent on my team. But I just want another great year like I had this year. It won’t start until late July, but I’m already excited about it.

So there they are. My top 11 goals for the new year. We’ll see if I can go 100% this year. I need these goals to keep my motivation up. I love running and am nowhere close to wanting to give it up or even slow down yet. Another unwritten goal for the new year will be to keep up with this blog better. I’d like to post at least 5 times a month. A few weeks ago, I debated giving it up, but after giving it a lot of thought, I’ve decided that I do enjoy blogging and plan to keep it up for better or worse.

This will be my last post of 2010. Happy New Year to everyone. Hope your 2011 is a great year where you meet all your goals as well. If you don’t accomplish anything else, remember…...